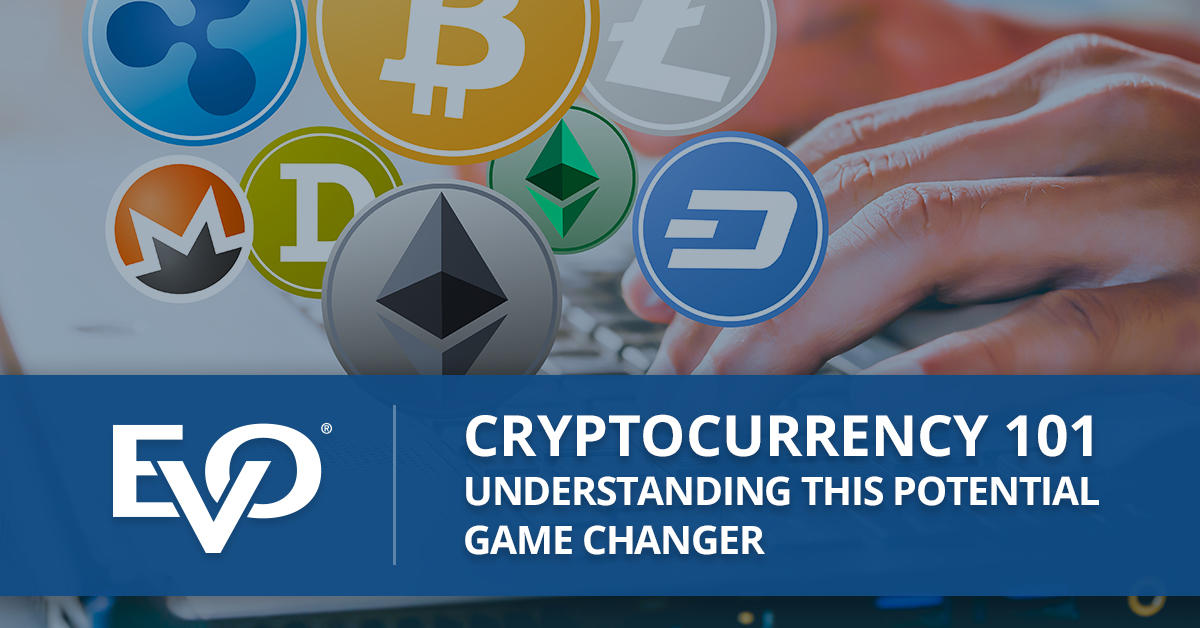 The evolution of payments goes back to the days of bartering and trading livestock to gold coins, paper currencies, credit cards, and mobile payments. It dates back thousands of years and will continue for thousands more. Cryptocurrency could be the latest game changer in the industry, but it’s still relatively unknown, with a cloud of mystery surrounding it. According to a Statista report done in 2018, “71 percent of adults had heard of Bitcoin (the most popular form of cryptocurrency), while 21 percent had never heard of any cryptocurrency.”

What is cryptocurrency?
Cryptocurrency is a virtual or digital currency, meaning it is created and transferred without the regulation of financial institutions like banks. Its history dates back to 1983 and American cryptographer David Chaum, who developed an electronic money called ecash, which set the tone for modern companies like Bitcoin. The “digital money” uses blockchain technology, which allows the digital information to be transferred but not duplicated in the process. This decentralization means that each individual piece of data has only one owner. Because of this there is no bank involved approving the transfer or taking a cut of the transaction.

Facebook Enters the Marketplace
While Bitcoin is the most popular cryptocurrency on the market, they aren’t the only one in the industry. Ethereum, Ripple, Litecoin, and Bitcoin Cash are also gaining traction. Even social media giant Facebook is getting in the game with Facebook Libra, also known as GlobalCoin, which is scheduled to launch in 2020. When Facebook moved their Facebook Messenger to a blockchain division, engineers quickly went to work the on Libra, which unlike most cryptocurrencies, would not be decentralized and would rely on an association as its de facto central bank.

Cryptocurrency isn’t taking over cash and credit card payments anytime soon, but it does have the potential to disrupt the payment processing space. Its ease of use, convenience, and fraud protection could all impact your business. Its technology is innovative, intriguing, and provides benefits that traditional payments don’t. Earn a competitive advantage over your competition and learn the basics of cryptocurrencies before it becomes mainstream.